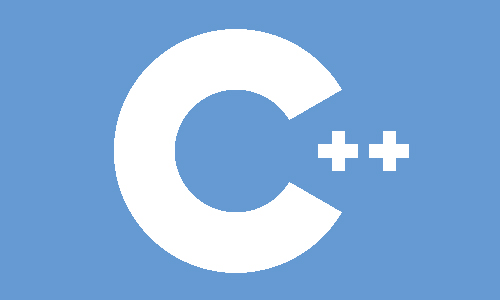 C++ is one of the most  widely used programming languages today. The language itself is object-oriented, offering you the utmost control over data usage, interface, and resource allocation.

This course covers the fundamentals of programming in  C++.  Created for the novice programmer, this course assumes no prior knowledge of computer programming. The main elements of the language are  introduced step by step in a logical, gradient manner.  This approach will give you a solid foundation for writing useful, correct, maintainable, and efficient code.

At the end of this course you’ll have all the skills you need to begin programming in C++. With this complete tutorial, you’ll quickly master the basics, and then move  on to more advanced features and concepts.

C ++ is often considered to be the mother of all languages because so many other languages have been based on it.

Though C++ is simple it is one of the most powerful languages ever created.  Considering it was created over 40 years ago, it is still used heavily and is usually in the top 5 or 10 most popular and most widely programming languages in the world.

Learning C++ can actually make you a better programming in other languages like C++, Java, or C# by equipping you with a mental model of what the computer is actually doing when you run your programs.

By learning how things really work "under the hood", and understand memory space, CPU architecture and so on, you can create more efficient programs, and obtain a huge advantage over other programmers in the process.

If you want to become a better developer, learning C++ is a great way to start!